The Turn on The Subtitles Campaign has hit national headlines and garnered the support of government, business, charity and academic leaders who recognise the incredible effects of same-language subtitling.

On Sunday 12th April 2020, The Guardian published a news article introducing the TOTS Campaign and what it was trying to achieve, alongside a letter in their commentary section. The letter was signed by over 30 former ministers, secretaries of state, civil servants, charity CEOs, business leaders and academics urging broadcasters to turn on their subtitles by default for children’s content.

Today, the vast majority of schools are closed and millions of children across the UK are being home-schooled for the first time. Across the planet, that number is approaching a billion. It is incumbent on all of us to do what we can to help them.

Extensive research from top academics in many countries has shown that simply turning on the subtitles for children’s television improves literacy. Dramatically. In fact it may double their chance of becoming a proficient reader, in particular those children between the ages of six and 10.

As former ministers, secretaries of state, civil servants, charity CEOs, business leaders and academics, we all now call on Sky, Netflix, Amazon Prime, YouTube Kids, ITV, Channel 5 and the BBC to all turn on the subtitles, by default, for children’s TV programmes. This needs to be done as a matter of urgency. This simple change will make the world of difference to millions of young people at this extremely challenging time. You can find out more at the website www.turnonthesubtitles.org.

The article can be found here:

The letter can be found here.

The Guardian’s article was followed up with similar stories in TES (formally the Times Education Supplement), Forbes and The Daily Mail.

An Easy Way To Help Kids Learn At Home: Turn On The Captions-18th April 2020

In June 2020 Wildbrain, the Canadian media production company who are the largest independent independent owner of children’s programming globally, announced that their digital division, Wildbrain Spark, would be a launching a YouTube channel dedicated to subtitled programme.

You can find out more here.

The TOTS campaign has also received coverage in 2019 from The Times and The Guardian.

Lights, camera, caption! Why subtitles are no longer just for the hard of hearing-21st July 2019 in the Guardian. 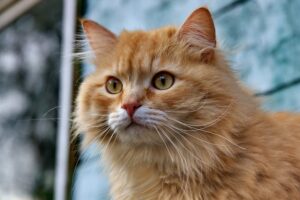 We have recently taken the bold step of appointing Rojo the cat as Ambassador for the TOTS Campaign. Whilst arguably a pivot for him (his previous roles have revolved more around mouse catching and fireside lolling) he has already made his mark, propelling the TOTS campaign to the global trending list on Twitter. Strategic use of his tail has also ensured coverage on Fox News, The Evening Standard, BBC and many more. Rojo has also been a hit across the pond with an appearance on ABC’s Good Morning America.

TOTS co-founder Henry Warren said: “He’s an excellent hire, we’re delighted to have him on board”.

Rojo was unavailable for comment however his owner John Nicolson MP did share this photo of the now famous feline:

For all Rojo’s new fans (thousands across the world it seems) – you’ve seen the tail. Here’s the face. pic.twitter.com/yKfEKbvJRL

Rojo’s appearance on Sky news can be found here.