The Turn on the Subtitles campaign has collected evidence from world-leading researchers to demonstrate the benefits of Same Language Subtitles (SLS) for increasing literacy rates, as well as reading, media access and language acquisition. These experts in their field from across the globe have all recognised these benefits and their research shows how powerful a tool SLS can be in improving literacy rates and in turn increase the opportunities for children around the world.

Dr Brij Kothari is an academic and social entrepreneur. He is on the faculty of the Indian Institute of Management, Ahmedabad (IIM-A) and the founder of PlanetRead.org and BookBox.com who are committed to scalable solutions for literacy and language learning. He led the campaign for the use of Same Language Subtitling (SLS) on mainstream TV for mass literacy in 1996. SLS became India’s broadcast policy in 2019, thanks to 23 years of research and advocacy, of which Brij played a central role. Brij is an Ashoka Fellow, Stanford Digital Vision Fellow, and was selected as India’s Social Entrepreneur of the Year in 2009 by the Schwab Foundation. He was the recipient of the inaugural International Literacy Prize from the Library of Congress in 2013. He has a Ph.D. in education from Cornell University and a Masters in Physics from the Indian Institute of Technology, Kanpur.

Dr Deborah Nichols is Associate Professor of Human Development in the College of Health and Human Sciences atPurdue University. Her research focuses on the relationship between children’s cognitive development and learning and the use of multimedia materials; whilst looking at how these relations vary by demographic and social indicators. She has authored over 100 journal articles, book chapters, practitioner-targeted documents, and co-authored the edited volume Media Exposure During Infancy and Early Childhood: The Effects of Content and Context on Learning and Development with Rachel Barr. She has been awarded more than $7 million in contracts and grants from corporate, foundation, and federal sources. Dr Nichols has also collaborated with many educational media companies including the Sesame Workshop and Nickelodeon; members of Congress; and other private agencies and foundations both domestically and internationally, these include Captions For All, the World Bank, Children’s Investment Fund Foundation and National Literacy Trust, U.K. Dr Nichols has served on multiple advisory boards at local and national levels including the PBS KIDS Next Generation Digital Media Advisory Board and the Walt Disney Scholars Board.

Dr Géry van Outryve d’Ydewalle is an award-winning scholar whose work on language and cognition is highly regarded within the scientific community. Dr van Outryve d’Ydewalle was a professor in psychology and the Head of the Laboratory of Experimental Psychology at Leven until he retired in 2012. He has also taught at the Rockefeller University and LSE. Dr van Outryve d’Ydewalle was awarded the prestigious Franqui Prize for Human Science in 1992 in recognition of his outstanding contribution to scientific research in Belgium. He is an elected member of the Royal Flemish Academy of Belgium for Science and the Arts as well as serving as the President of the International Union of Psychological Science and Permanent Secretary of the Royal Flemish Academy. In 1978 he was made a Fulbright/Hays Scholar and NATO Fellow. Dr van Outryve d’Ydewalle had an extremely broad focus in research over his career, his work on the effect of subtitles on reading behaviour was seminal in the field. 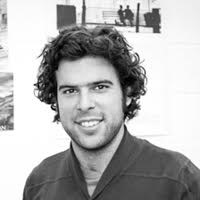 Dr Pablo Romero Fresco is a leader in the field of research into accessibility within the film and television industry.He is a Ramón y Cajal researcher at Universidade de Vigo and Honorary Professor of Translation and Filmmaking at the University of Roehampton. He is currently working with several governments, universities and companies around the world to introduce and improve access to live events for people with hearing loss. His Accessible Filmmaking Guide is being used by many international public broadcasters, universities and producers to introduce a more inclusive and integrated approach to translation and accessibility in the filmmaking industry. Dr Romero Fresco has worked with Ofcom to carry out the first analysis of the quality of live subtitles on TV in the UK and is working on a similar project in Canada with Canadian Radio-television and Telecommunications Commission (CRTC). He is the leader of the international research centre GALMA (Galician Observatory for Media Access), where he is currently coordinating several international projects on media accessibility and accessible filmmaking with funding from the EU Commission. Dr Romero Fresco’s first documentary, Joining the Dots (2012), was screened during the 69th Venice Film Festival and was used by Netflix as well as film schools around Europe to raise awareness about audio description. 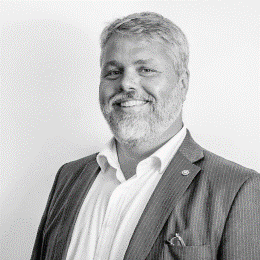 Dr Jan Pedersen is the University of Stockholm’s Director of the Institute for Interpreting and Translation Studies where he has produced research into the effects of subtitles across Europe. Receiving his Ph.D. from Stockholm University in 2007 with his dissertation being a comparative study of TV subtitling norms in the Scandinavian countries, Dr Pedersen was made an Associate Professor in Translation Studies at the same institute in 2015. He is the former president of the European Association for Studies in Screen Translation, co-editor of Benjamins Translation Library and Journal of Audio-visual Translation, which he also co-founded. His monograph Subtitling Norms for Television examined subtitling norms across Europe and explored future developments which could be made in this area. He is a frequent presenter at international conferences and has also worked as a television subtitler and a teacher of English across all levels for many years.

Rika Yorozu is an experienced education and development specialist working largely within the context of developing countries; she has worked at UNESCO since 1991. At the beginning of the year she took on the role of Programme Specialist at UNESCO in the Education 2030 Support and Coordination Division. Prior to this Rika worked on the Literacy and Basic Skills Programme at UNESCO for 15 years and as a Senior Programme Specialist in the Literacy Promotion Division for 12 years. She has worked all over the world, including in the UNESCO offices in Hamburg, Paris, Tokyo and Bangkok. She has contributed to multiple publications largely focusing on lifelong learning including Communities in Action: Lifelong Learning for Sustainable Development which she co-authored; the book, published by UNESCO, lays out policy mechanisms and principles to encourage community-based learning to aid sustainable development. Rika has a MA in International Development Economics from the National Graduate Institute in Policy Studies in Tokyo. 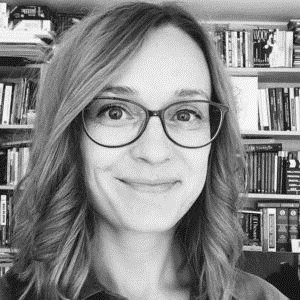 Dr Agnieszka Szarkowska is the current Head of the Audio-Visual Translations lab at the University of Warsaw where she has worked since 2007 having previously worked as a translator, a translator trainer and media accessibility consultant. Dr Szarkowska also spent two years away from the University of Warsaw from 2016-2018 at University College London as a Marie Skłodowska-Curie Research Fellow at the Centre for Translation Studies, where her research project largely focussed on studying the effects of subtitles using eye-tracking technology. After returning to Warsaw she is now an associate professor in the Institute of Applied Linguistics. Dr Szarkowska is also the Vice President of the European Association for the Studies of Screen Translation as well as being honorary member of the Polish Audio-Visual Translation Association. 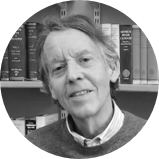 Dr Robert Vanderplank is a pioneer of research into the value of same language subtitles for foreign/secondlanguage learning and has continued to conduct research in this field along with other areas of applied linguistics and second language acquisition. He obtained his Ph.D in Applied Linguistics at Edinburgh University and has since taught and researched English language and applied linguistics at Helsinki University, the University of Newcastle-upon-Tyne and Heriot-Watt University, Edinburgh, before moving to Oxford University in 1996 to be Director of the Language Centre. His publications include publications include a book, Captioned media in foreign language learning and teaching: subtitles for the deaf and hard-of-hearing as tools for language learning (Palgrave Macmillan, 2016), a peer-reviewed article in The Language Learning Journal, ‘Gist watching can only take you so far’: attitudes, strategies and changes in behaviour in watching films with captions ‘ (2019). He was also an associate in the Department of Education at Oxford University. Dr Vanderplank retired in 2016 from his directorship role and is currently an Emeritus Fellow at Kellogg College, Oxford, and Director of the Centre for the Study of Lifelong Language Learning at the college.

Dr Jan-Louis Kruger is an expert on the study of media accessibility and audio-visual translation, with particular focus on the effects of subtitles. He is the Head of the Department of Linguistics at Macquarie University in Sydney where he has worked since 2013. Dr Kruger’s research focus on eye tracking has allowed him to further understand processing language in multi-modal contexts and the effects different variables have on the reading of subtitles. Dr Kruger has worked with academics in Australia to compile research into the effect of subtitles on the cognitive process and in learning first and second languages. Prior to his role at Macquarie, Dr Kruger worked at North-West University in South Africa for 20 years as the Director of the School of Languages where he primarily researched the use of subtitles in an academic context.